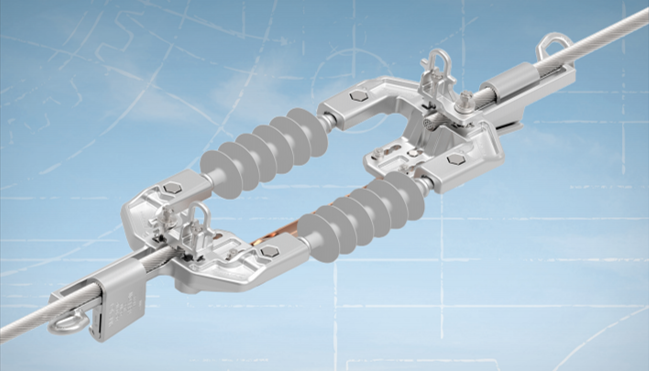 TE Connectivity’s (TE) AMPACT In-Line Disconnect Switch (ILD-II) combines the reliability of copper blade components and a doublestring of polymeric insulators with the AMPACT dead end yoke assembly. The result is an in-line disconnect that can be installed without the need for tensioning devices.

Standard AMPACT tap application procedures are used to make both electrical and mechanical connections simultaneously. The AMPACT In-Line Disconnect Switch (ILD-II) can be installed on standard stranded all aluminum conductors (AAC) or aluminum conductor steel reinforced(ACSR) in conductor sizes from #2 to 954.

·        Both mechanical and electrical connection madesimultaneously with the AMPACT tap.

·        Double string of polymeric insulators preventsrolling of the switch

Check out the video below on how to install the ILD with a hot stick: